The Shadow People
by
Conrad Faraj 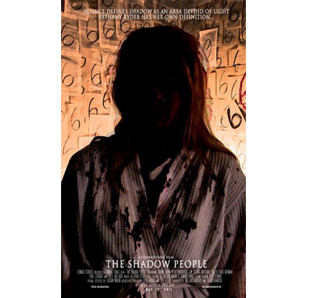 Music
A teengage girl becomes haunted by demonic visions and shadow-like beings during the night, after her wake from a 9-month coma.
When director Conrad Faraj approached me about an indie horror film he had in the works, I must admit I was at first hesitant.  The film was quite lengthy, the post-production time-frame was under a month, and there was no footage yet for me to see.  But when Conrad began to describe his vision for the score - elements of modern horror mashed with Jerry Goldsmith's classic work on "The Omen" - my ears began to perk up.  This was exactly the sort of challenge that I loved, and proved paramount in my evolution as an eager and passionate composer and sound designer.

Three-and-a-half weeks (and many sleepless nights) later, I had completed the score to my first feature film.  Despite what should have been a creatively-debilitating time-schedule constraint, we were all tremendously pleased with the soundtrack.  Our goals were met, and the music truly served to lift and indie production to another level.  Through this project, I learned that, through a clear vision that elicits passion and a strong workflow, I can trust myself to sprint toward the goal.  It afforded me the benefit of trusting my instincts, which is so detrimental on any project with high ambitions and a tight deadline.